The DC Chamber believes technology and innovation power the District’s ambitions, and public and private leaders have been working together toward the goal of building a smarter, stronger and more technically proficient city. Technology has the potential to drive the District to a future when the city’s economy is marked by innovation, diversity and technological advancement.

The city is home to tech companies such as DC pioneers LivingSocial (now owned by Groupon) and Blackboard to younger companies such as TrackMaven and InnovatorsBox. It also has a vibrant ecosystem of small, independent startups making their way with the help of local co-working spaces, such as WeWork and Cove, and incubators, 1776, which has gained an international reputation for its work. Having such spaces available in the District has helped grow a technology eco-system, attracting and retaining smart, entrepreneurial minds in the District.

Ninety-two percent of the District’s technology jobs are in the information technology subsector. The other eight percent of jobs are broken down between software publishers, Internet publishing and Web portals, and data processing and related services. The WMA employs 229,000 technology employees, 74 percent of who work in IT, 14 percent in biotech and life sciences, and 11 percent in telecommunications.

The Office of the Chief Technology Officer (OCTO) is the central technology organization of the District of Columbia Government. OCTO develops, implements, and maintains the District’s technology infrastructure; develops and implements major enterprise applications; establishes and oversees technology policies and standards for the District; provides technology services and support for District agencies, and develops technology solutions to improve services to businesses, residents and visitors in all areas of District government.

DMPED Technology Innovation supports the technology sector, which plays a central role in diversifying the District’s economy. The region contains more STEM-related jobs (27.1 percent) than most metro areas, according to a 2013 Brookings study. The percentage is slightly less than San Jose (home to Apple and Google) that contains 33.2 percent of STEM-related jobs. Washington, DC’s growing and dynamic technology sector employs over 29,000 individuals, dispersed through startups and large companies.

DC Smart Cities Initiative is an initiative of OCTO. Smarter DC aims to develop a complete picture, across all eight wards, of smart city-aligned projects, partner organizations, and opportunities. 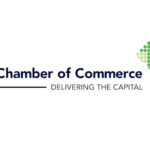